Three different destinations in one

The municipality of Sorsele is a region almost as big as the island of Crete, and one of the least crowded municipalities in Sweden. It stretches from the mountains along the Norwegian border down to right in the middle of Lapland. In one end of the municipality, one finds the peninsula and village of Gargnäs, and in the other end there’s the mountain village of Ammarnäs. The distance between Ammarnäs and Sorsele is 90 kilometres, and between Sorsele and Gargnäs 48 kilometres. It takes almost two hours going from Ammarnäs to Gargnäs by car. 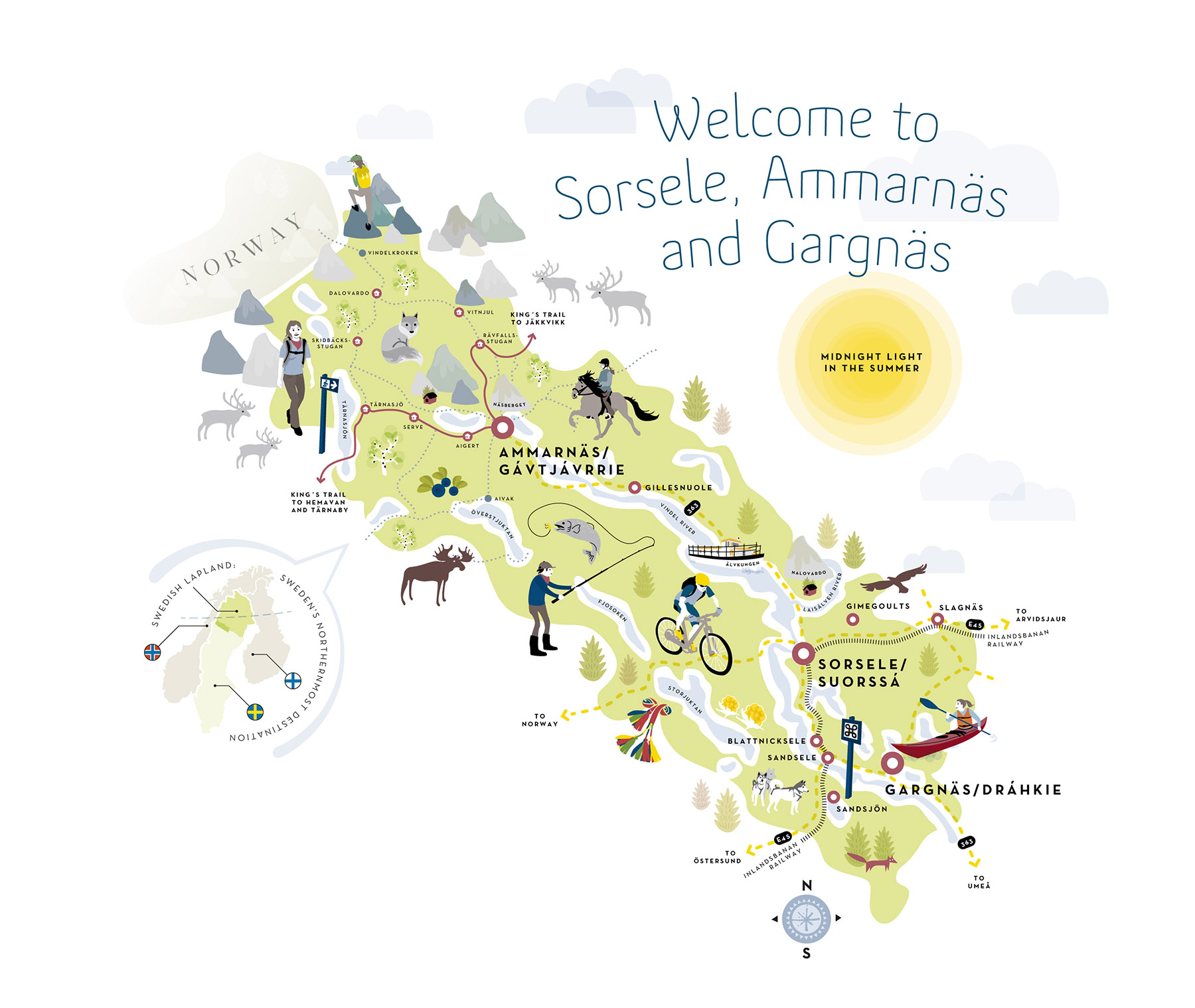 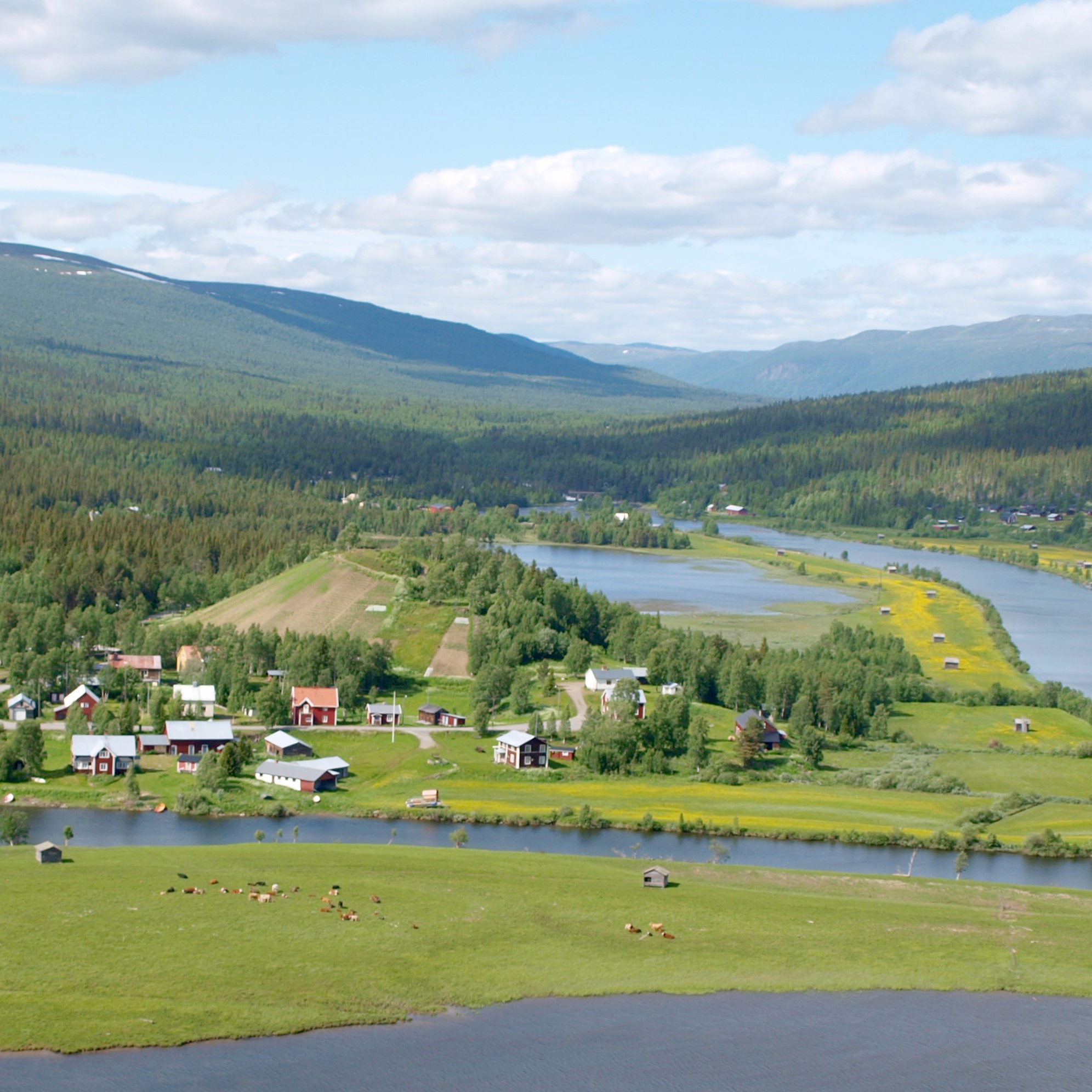 According to some people, the mountain village of Ammarnäs is where the road ends, alluding to the Route 363 going along the river Vindelälven to the coast. But, depending on who you’re asking, it could also be where everything starts – such as the river, the road, or the adventure in the mountains.
There are several sites in the village that are considered national historical interests, such as the charming church town built for the Sami. The potato hill is the one place to grow potatoes in the mountains, still in use after a couple of hundred years.
The Ammarnäs mountain village is small, but it has a big heart, and everything you could ask for. The locals are either born there, or moved there because of what it has to offer – the world-class fishing, the Sami culture, spending most of the day outdoors and a low-key, sustainable lifestyle – or the out of the ordinary generosity and friendliness of the villagers. 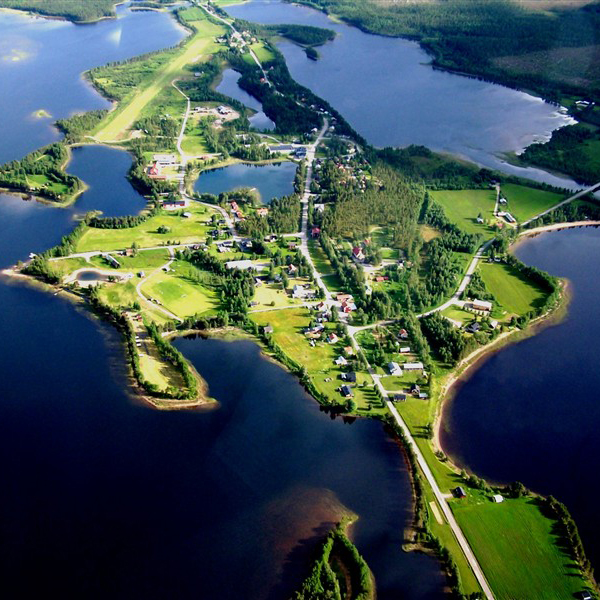 Gargnäs is beautifully located on a narrow peninsula between lake Hemsjön and the stream Gargån, about fifty kilometres from Sorsele. For a small village, it has a lot going for it – a store, lots of accommodation, a place that serves pizza, a restaurant, a mini golf course, rentals and great fishing waters. But foremost it is the place where you’ll be treated as one of their own – Gargnäs is a joyous and generous place.
Gargnäs is in the woodlands, and as such they will tell you about 20th century history. This is where you’ll find remainders of the log driving days of northern Sweden – from relics in the streams to cycle- and walking routes. The open farming landscapes, the streams and creeks, the forests and the lakes that are in this area makes for an array of activities. Canoeing, fly fishing or sport fishing, skiing along the river, dog sledding and riding to name a few. There are some renowned fishing waters for grayling, salmon and brown trout in Gargnäs.

Sorsele is the regional centre and the largest village in the municipality. If you go for a walk here, you’ll be walking alongside the river Vindelälven. The village is partly situated on an island in the middle of the river, tracing its roots back to the 17th century where the church was built. Still today, the church tower can be spotted from far away when one closes in on Sorsele.
Sorseles’ idyllic location by the river allows fishing as well as boat trips, and cattle roaming free on the riverbanks, visible from the lunch tables at the hotel. There is some nice shopping available here.
This is a place you can discover by foot, bicycle or a tour boat during the summer, or a kick sled, pair of skis or snow mobile during the winter. Ice fishing is a popular winter activity among the residents of Sorsele. Sit down with a cup of coffee at the bakery or at the Railroad museum, make a visit to the church, or just go out and about. From here, you can do just about anything.

Manage Cookie Consent
We use cookies and similar technologies on our website. We do not process personal data about you, such as your IP address. We sometimes share data with third parties outside EU, to provide service on the web site. Data processing may be done with your consent or on the basis of a legitimate interest, which you can object to in the individual privacy settings. You have the right to consent to essential services only and to modify or revoke your consent at a later time in the privacy policy.
Manage options Manage services Manage vendors Read more about these purposes
Preferences
{title} {title} {title}